For years, Steve Kaplan has been one of the industry’s most sought-after experts on comedy. In addition to having taught at UCLA, NYU, Yale and other top universities, Steve has consulted and taught workshops at companies such as HBO, DreamWorks, Disney, Aardman Animation, NBC-Universal’s Writers on the Verge, Sony Pictures Network India, Globo Brazil, and others.

In addition to private coaching and one-on-one consultations, Steve has taught his Comedy Intensive workshops to thousands of students in the United States and countries around the world, including London, Toronto, Galway, Athens, Paris, Tel Aviv, Sydney, Melbourne, Rio, Munich, New Zealand, and Singapore. This year, he’s teaching courses online to writers, actors, directors, producers, and executives around the world.

He lives happily in Chatsworth, California, with his beautiful and talented wife Kathrin King Segal and their three cats. 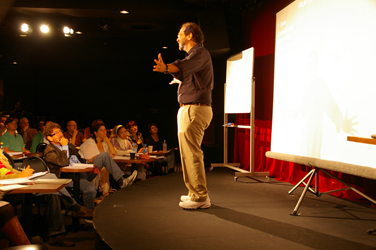 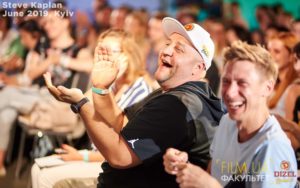 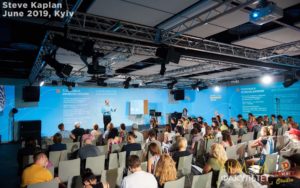